“Even in a world of polarisation, fake news and social media, some beliefs remain universal, and central to today’s politics. None is more influential than the idea that inequality has risen in the rich world. People read about it in newspapers, hear about it from their politicians and feel it in their daily lives. This belief motivates populists, who say selfish metropolitan elites have pulled the ladder of opportunity away from ordinary people. It has given succour to the left, who propose ever more radical ways to redistribute wealth (see article). And it has caused alarm among business people, many of whom now claim to pursue a higher social purpose, lest they be seen to subscribe to a model of capitalism that everyone knows has failed.”

“I always find this time of year to be self-reflective. Year-end provides a natural point for critiquing past performance and fitting it into a broader investing context. These holidays in particular have a way of foisting this perspective upon me, and with deep meaning. As a parent of two young kids, my holidays now kick off with Halloween. Perhaps stuck in this spirit, I find myself wondering: Why are we so scared?

I can’t seem to shake this sense that we live in a culture that’s scared. I see a number of signs across the economic, political, and investment landscapes that seem support this observation. To be sure, this is not universally true on an individual level. However, as a culture we seem to have lost our mojo, our swagger, and the confidence that fuels significant economic advancements.”

“Portfolio managers that invest in undervalued stocks have lagged funds that hold growth stocks over the past decade — leading market commentators to speculate that value investing is dead.

Yes, investors holding U.S. value stocks — those trading at a low price-to-book value — have produced an annualized compound return of 12.9 percent. That compares with a 16.3 percent annualized return for growth stocks, or those with a relatively high price. But Dimensional has published new research showing that it’s not the performance of value stocks that has been out of whack — rather, the performance of growth stocks has been abnormally high relative to historical levels.”

“It feels like people have been worried about the next recession every day since the last one was over. I get it. Recessions aren’t fun. But you can’t constantly remain in the fetal position simply because you know the economy and markets eventually have a downside.”

“Stories about value investing are the equivalent of your kids asking “Are we there yet?” over and over again on a road trip.

The value investing equivalent of “Are we there yet?” is this:

“The three biggest debts most people take on are their mortgage, student loans, and car loans.

A home isn’t guaranteed to appreciate but historically housing has beat the rate of inflation, it’s a form of forced savings, it’s the roof over your head, and it can provide some level of psychic income.

Student loans can be taken to the extreme but they generally offer the potential for higher earnings over the course of a career and better job prospects.

A car loan is the only one of the three that gives you a depreciating asset. It’s estimated a new car depreciates around 20% in the first year and 10% per year after that.” 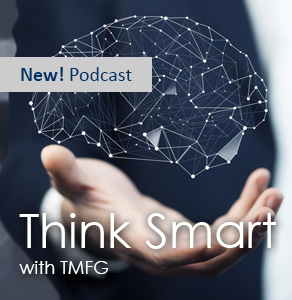